What If Johnny Depp and Amber Heard Had a Premarital Agreement? 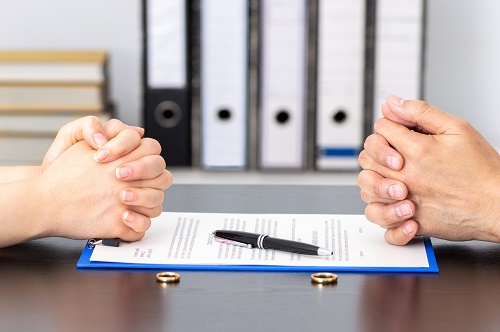 As we observe the very public $50 million defamation lawsuit Johnny Depp brought against his ex-wife Amber Heard, we realize that this all seems to be related to or carried over from on their very public divorce proceedings. The couple were married – without the benefit of a prenuptial agreement – in 2015 after meeting in 2011 on the film set for The Rum Diary. They split up when Heard filed for divorce in 2016. That divorce was final in 2017, but it certainly didn’t end their legal battles.

At the time of their divorce, Depp’s net worth was estimated to be more than 18 times larger than Heard’s. She initially sought $50,000 per month in spousal support to maintain her marital lifestyle. The property settlement provided for Depp to pay her $7 million. Heard declared that she would donate the divorce proceeds to charity. So, Depp paid a portion of the divorce settlement to the Children’s Hospital of Los Angeles and to the ACLU. Heard’s attorney then demanded that Depp donate $14 million to charity to reflect a net payment of $7 million for Depp after the projected $7 million in tax savings from the charitable contribution deduction.

Amber and Johnny’s dispute still rages on now, five years after their divorce was final in 2017. Note that the marriage itself lasted only 16 months, yet it appears to have inspired six years of litigation and controversy. The couple is currently back in court, with Depp suing over an op-ed Heard wrote in 2018 alleging she was the victim of domestic abuse.

How a Prenup Could Have Helped

A premarital agreement could have made a world of difference. It would almost certainly have protected Depp from such a sizable financial settlement for a 16-month marriage. A prenuptial agreement may even have protected Johnny Depp from today’s very public litigation, as the use of a confidentiality agreement in conjunction with a premarital agreement may help prevent ongoing public arguments, accusations or bickering. As it stands, without such protections, we can all read about and watch videos of Depp’s testimony on the news and online.

Read the entire article at: https://www.kiplinger.com/personal-finance/604618/what-if-johnny-depp-and-amber-heard-had-a-premarital-agreement