Twenty Years of Service - A Reminder of that Very First Day

The Goralka Law Firm successfully completed 20 years of service and is still going strong. The Firm was formed on February 16th, 1996. February 16th is forever ingrained in my memory, as my malpractice insurance payment is due on February 16th of each year. 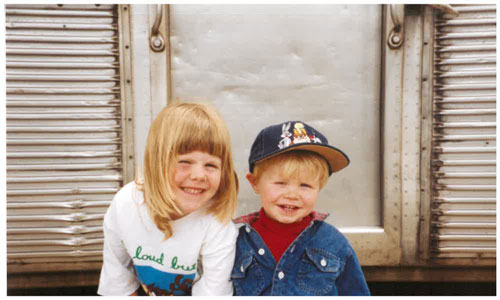 Those of you who have been with me from the beginning know that the Goralka Law Firm was actually formed to ensure that I could focus my attention, time and energy on my children. I was a single father to Patrick (3 years old) and Elizabeth (6 years old). I was divorced and had them ½ time without any back up or assistance. I was working in a small firm, but always felt uncomfortable leaving at 3:00 PM to pick up my kids, do yard duty at school or help to coach their soccer, baseball or basketball teams. This often meant working at night while the kids were in bed.

I rented an office, hired a secretary and incurred many other expenses. I thought that having a new client meeting on the first day would be a good way to begin. I was to begin with a referral from a CPA whom I had worked with for many years. In those days, I had two separate day care providers for my children. The total drive in the morning from my home to the two separate locations and then to work was 1.5 hours. The drive home was another 1.5 hours, resulting in about three hours on the road each day. 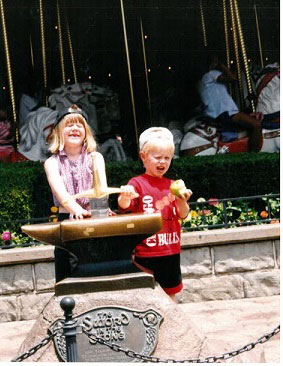 Beginning a law firm as a single dad without a salary or savings in the bank was scary. I stopped to drop off Patrick on that first day, but was unable to do so. Patrick was in a great mood and had no fever, but had two spots on his chest that I did not see. The day care provider had other children with chicken pox and sent us away. I still needed to drop off Elizabeth, so I called my office and my newly hired secretary to call and reschedule the new client meeting that day. Unfortunately, the prospective client had already left, was driving in from Auburn (approximately an hour away), did not have a cell phone, and could not be contacted.

I thought that having "one kid versus two kids" was not much of a difference and proceeded directly to the office. I called my new secretary to confirm that she had already had chicken pox. Contracting chicken pox as an adult can have serious health risks. My office at the time was at One Capital Mall, which was also the location for the business offices of Sutter Health. We arrived at the office which has an underground parking garage. Elizabeth, fearless as always, runs ahead to the elevator. Patrick and I hustle to keep up. Elizabeth, never shy, sees an audience of a variety of people in white coats, light blue pants and special ID badges. She explains to an elevator full of Sutter Doctors that she is Elizabeth and that "her brother, Patrick, is sick and cannot go to school today because he has Chicken Pox". I was unsure of the legality of exposing the other elevator riders and Doctors to chicken pox and simply did not know what to say. I looked around for a friendly face and tried to think of something funny to say to defuse the issue. Sadly, I could not think of a way to minimize this as Elizabeth was, in fact, telling the truth. I felt that these Doctors looked at me as if I was Ted Bundy reincarnated.

After leaving the elevator, I introduced my kids to my newly hired secretary. My hope was that she could entertain them for 30-45 minutes so that I could expedite a short meeting and take my kids home. When my new clients, a father and son arrived, my secretary must first confirm that they have both had chicken pox, an odd question from a new lawyer. Then in my meeting, the kids keep knocking on the door every five minutes. I had hoped that my secretary could keep them occupied for just 40 minutes or so. 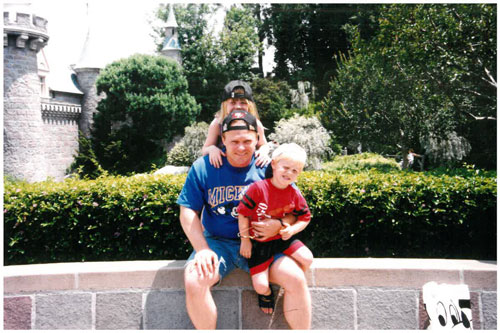 The Client explained that they began their business as a mobile home park and always brought their kids to the business office and encouraged me to invite my kids into our meeting. I then went through a complex estate tax savings analysis while Elizabeth drew pictures and explained the related stories to the father while Patrick repeatedly climbed up the back of my chair and flopped over into my lap - not the image I was hoping to project. I represented that family for many years into the second and third generations until they sold and moved to the Midwest.

Twenty years have now passed which are full of many memories. My kids did spend a fair amount of time at the office throughout the years. Elizabeth has now graduated with a Master's Degree from UCLA and is working in Southern California. Patrick has one (1) more year of college to complete and is also living in Southern California. Those years seem to have passed too quickly. 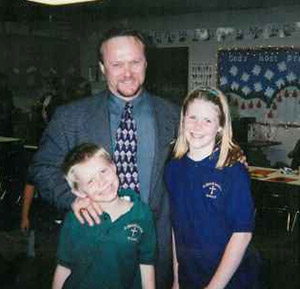 We have had many successes over the past 20 years. A few of the more memorable follow: 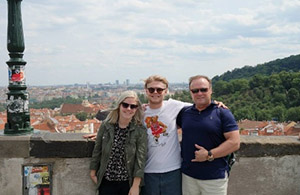 The Firm has grown these past 20+ years. I am blessed to have a talented, motivated and caring team of lawyers and support staff. We have an extended client family that we are honored to assist. Many members of our client family have been with us for over 20 years and we are now helping the second and third generations. We expanded our practice to provide greater emphasis on advanced tax planning, asset protection and Medi-Cal protection planning. Thank you for your faith in us and the opportunity for us to help you achieve your enlightened dreams.