Will You Outlive Your Retirement Funds? Here's a Possible Solution

"Making predictions is hard, especially about the future." Those were the words of Yogi Berra, known to many as the best catcher in history. Berra also gained fame for his tendency to state the obvious. When it comes to retirement planning, without a crystal ball to tell how long an employee will live, there's no way to predict how long his or her money will have to last. One way for employees to hold some of their money in reserve for their later years is known as a Qualifying Longevity Annuity Contract (QLAC). This type of annuity isn't new, but last year the rules changed, making the QLAC more attractive to employer-sponsored retirement accounts and IRAs. 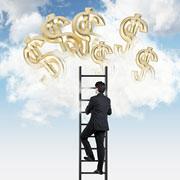 "Making predictions is hard, especially about the future."
-- Yogi Berra

However, employers are not quickly jumping onto the QLAC bandwagon and adding these annuities to their retirement plans. The reasons range from concern about fiduciary liability to administrative complications if employees leave the plan. Some have stated that the regulations are complex and raise questions without providing adequate answers. While QLACs might be a great idea, it's important to note that, overall, employers seem to be adopting a wait-and-see policy.

Here's an overview of how QLACs work.

A QLAC is designed to provide financial protection to people who beat the annuity tables, and as a result, face the prospect of living with insufficient income. Rather than beginning to pay out when it's purchased, a QLAC pays out beginning at an older age, selected by the accountholder, when the chances of living even longer increase.

On average, an 85-year-old man can expect to live to 91, and an 85-year-old woman, to 93, according to the "RP-2000 Combined Healthy" mortality tables from the Society of Actuaries. There's also a distinct possibility that, if you make it to 85, you'll survive to 100, and that means your money will need to last even longer.

If an employee opts for a QLAC and purchases it through a retirement plan, he or she will pay a lump sum. At that time, the employee will specify the age at which the stream of annuity payments will begin. Depending on the size of the annuity, the employee may be able to help ensure that his or her later years won't be lived in poverty.

Why would an employee choose a QLAC over a standard longevity annuity? QLACs were created to answer a significant challenge presented by the existing options. By changing the way required minimum distributions are calculated, QLACs allow accountholders to slow the process of drawing down their retirement funds, preserving a larger balance for later years. This change is described in greater detail in the following section.

Final Regulations From the IRS

This type of annuity "...can provide a cost-effective solution for retirees willing to use part of their savings to protect against outliving the rest of their assets," the IRS stated when it published the rules last year (in Internal Revenue Bulletin 2014-30). The agency also noted that longevity annuities can help retirees "avoid overcompensating [for the fear of outliving their assets] by unnecessarily limiting their spending in retirement."

What changes did the final regulations bring? Previously, the value of a longevity annuity in a 401(k) account was added to the calculation of required minimum distributions (RMDs), which resulted in a faster depletion of retirement funds.

Here's a reminder of how an RMD works: Generally, when a 401(k) account owner reaches 70 1/2, he or she must begin taking annual minimum distributions based on an IRS formula that includes the owner's life expectancy.

Now thanks to the final regulations, RMDs can be based instead on the 401(k) balance net of the annuity's value, in this example, $875,000. As a result, RMDs are smaller and more funds remain in the account for a longer period.

Here are answers to a few frequently asked questions about how these annuities work:

Of course, the more flexible the annuity's payout options, the higher its cost.

QLACs aren't for everybody because individuals must have the ability to tie up those funds for a number of years. In exchange, they may gain the peace of mind that comes with greater income security for the future. If you're considering adding a QLAC option to your organization's 401(k) plan, call the Goralka Law Firm and we can refer you to a 401k specialist.