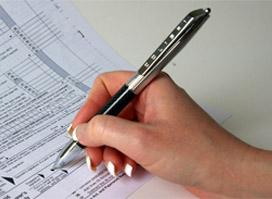 A properly structured Charitable Lead Annuity Trust (CLAT) can be a useful tool for those seeking an income tax deduction before December 31st. A CLAT may provide a deduction of up to 100% of the value of assets or cash contributed. The CLAT also provides an opportunity to transfer assets to your children or other beneficiaries free of gift and estate tax at the end of the term specified in the CLAT.

The operation of the CLAT is pretty straightforward. You make a tax-deductible contribution to the CLAT. The CLAT provides for distributions of a fixed amount annually to a charity that you select. At the termination of the CLAT, typically in 10 or 15 years, then the remaining assets are distributable to a non-charitable beneficiary, which can be the Client or his or her children.

Distribution to children or the next generation may be particularly appealing for a client with an estate in excess of 5.43 million dollars (5.45 million after January 1, 2016) and seeking to minimize estate tax. The size of the gift is determined in part by the performance of the investments within the CLAT.

What Is the Hurdle Rate?

The Internal Revenue Service (IRS) requires that the income stream paid to the charity will provide on average a 2% fixed return over the CLAT's stated term. That IRS required rate of return is often described as the "Hurdle Rate." Asset growth within the trust in excess of the "Hurdle Rate" may be retained by the CLAT for distribution to the Client or the Client's family.

In other words, if the CLAT earns only 2% over its term, then the entire amount is distributed to the charity. If the rate of return exceeds the IRS Hurdle Rate, even in a spectacular fashion, then that value is distributed back to the client or the client's heirs, free of gift tax.

If you are interested in a current income tax deduction and a way to pass assets to your heirs free of gift tax, then call our office to see if a CLAT or another tax planning alternative may be appropriate for you or your family.