Our First Flight as a Family 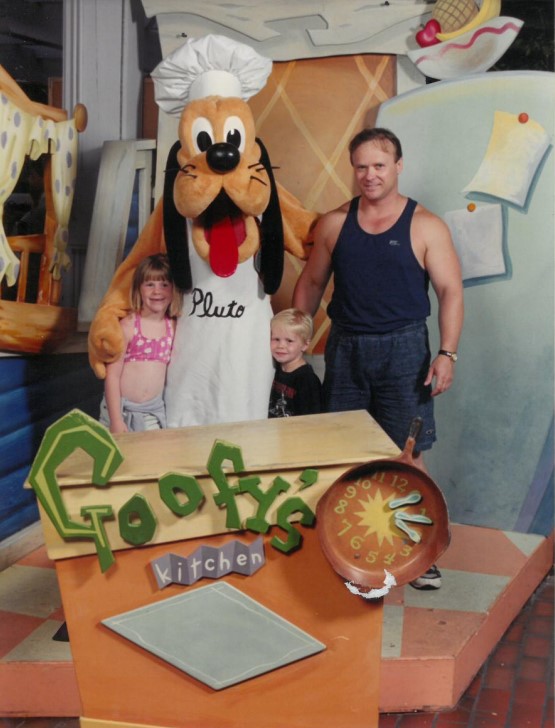 I am very nostalgic of late. My parents passed a few years back. We sold the ranch where I grew up only a few months ago. With the beginning of summer, I thought back on our first flight on a plane as a family.

My kids were about four (4) and seven (7). Traveling alone and being outnumbered with more kids than adults was intimidating. We flew to San Diego where I visited my brother Bob. He took us to the zoo and to the wild animal park with his family. The zoo was amazing, the wild animal park was a great location, very much like visiting the plains of Africa.

The kids and I visited SeaWorld alone. SeaWorld had a single stroller for two (2) kids, so we were set. We inadvertently discovered the meaning of “Splash Zone” while seeing the Killer Whales perform. They even had swimming polar bears which were amazing even as I recall. 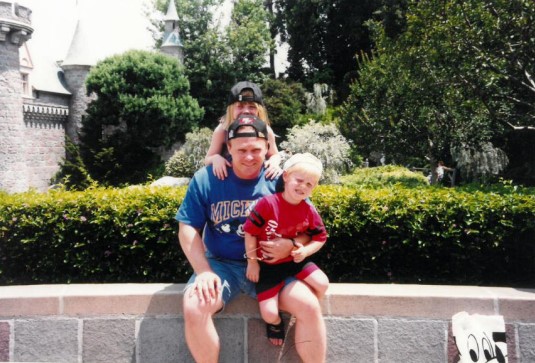 Things then took a turn for the worse as we entered the park. Despite being known as a family oriented and kid friendly destination, Disneyland did not have a single stroller that would hold both kids. The strollers held one (1) child and had a little cloth cover to protect from the sun. The stroller had a retro design with a lot of exposed metal. Totally impractical for a single man with 2 kids on a hot sunny day. The metal of the stroller got too hot from the sun for a child to stand. I was not able to push two (2) strollers alone. Things went well enough until the kids were either too hot or too tired. Interestingly enough, Disney spent $50 million building the Indiana Jones ride that year, but could not afford or think to have a single stroller that could hold two (2) kids. I was also surprised that SeaWorld did. 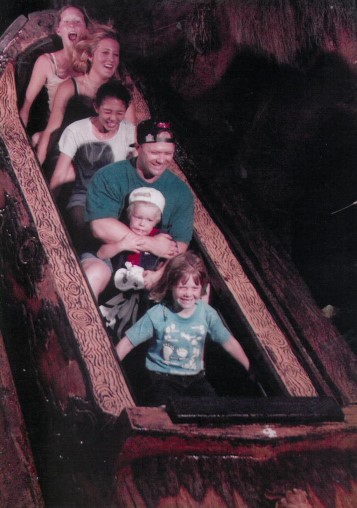 That said, a great trip and wonderful memories. I would at times push a stroller with one (1) child resting in the seat while walking with another on my shoulders sleeping with her or his head on the top of my head as I maneuvered the stroller.

Pirates of the Caribbean, the Haunted House, the Motorized miniature boats, Frontier Land, eating in the Blue Moon Café at the Pirates ride, the parades and nightly light shows. A truly great Adventure.

Splash Mountain was a special memory that first time. We waited together through a long line. As we neared the entrance, I saw that my son was just a little too short for the ride, his head had to reach Mickey’s finger to ride. My son knew what was going on and was stretched as tall as possible on his tip toes in an effort to qualify. 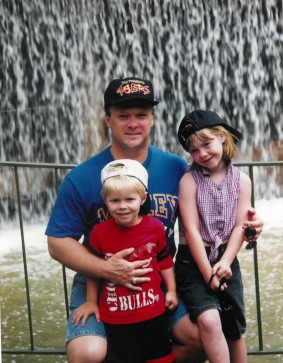 The ride operator looked at me and I shrugged my shoulders. The ride operator let my son go on the ride. This was a great ride lots of colors, happy music and characters of the south as we slowly cruised along… until the log we were riding on flew out of a cave and down the waterfall. My daughter was full of energy and wanted immediately to go again. I asked my son and he just shook his head No… when I saw the ride picture I could see why.

My daughter sat in the front seat and was ecstatic with the high-speed fall. My son sat in my arms immediately behind her. His face reflected absolute sheer terror… Splash Mountain became rite of passage over the years as we repeated that ride many times, although not on this trip. Each time we tried to sit in the same spot for the ride photo. We have a wall of Disney pictures in the house. 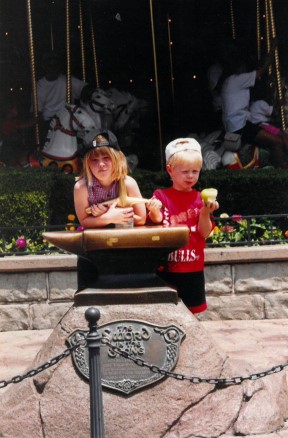 I was incredibly proud that the trip went well. As we flew home, the kids quickly fell asleep. Time finally to relax and I had a beer. As the kids slept deeply for the entire flight, I had another. When we landed, the kids did not wake up… I carried them both and somehow my carryon bag to retrieve our luggage. They still did not wake up. We had four (4) bags. I carried the kids and kicked the bags in front of me as my arms were full with the kids. Finally, someone helped me carry the bags to the bus to take us to parking as I carried the kids. 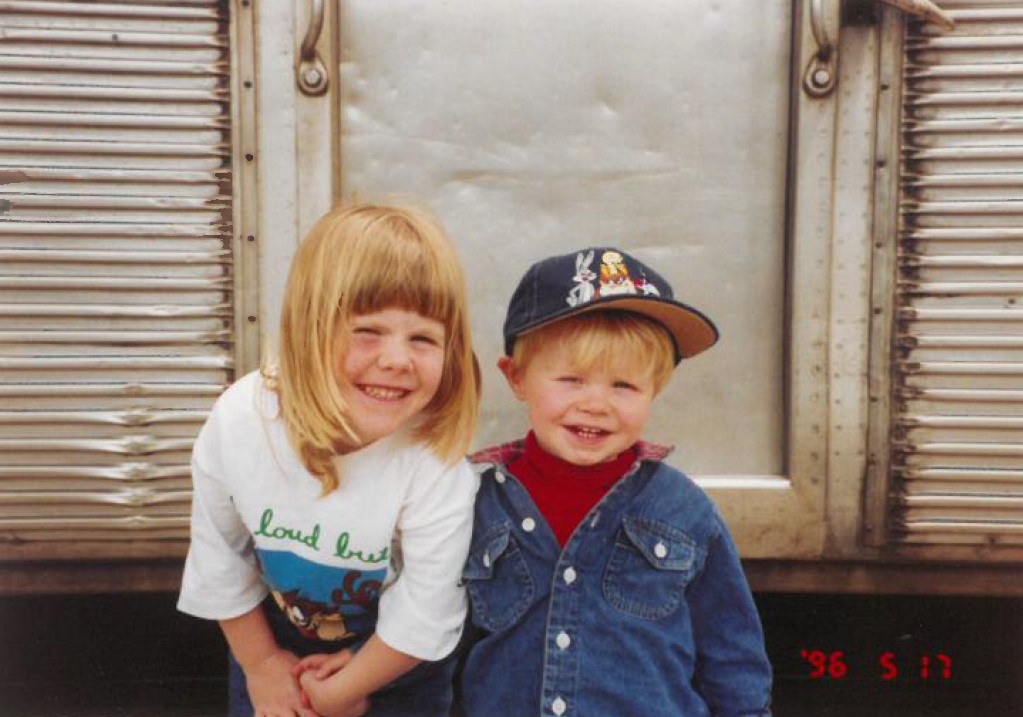 looked around and noticed that the shuttle bus parked a few aisles down and was just watching me. Not sure if they were laughing at me or keeping an eye out for me. I drove down to retrieve my luggage which was still in the same spot where I threw the bags out of the bus.

As the years went by, we traveled often together. Each of my kids became certified scuba divers at the age of ten (10), the minimum age. We visited many tropical locations to dive. More recently, I took my kids to Europe. We avoided a formal tour and traveled together as a family with Euro rail passes to Prague, Munich, Salzburg and Venice.

Still, I remember the adventure and challenges of that first trip on a plane. 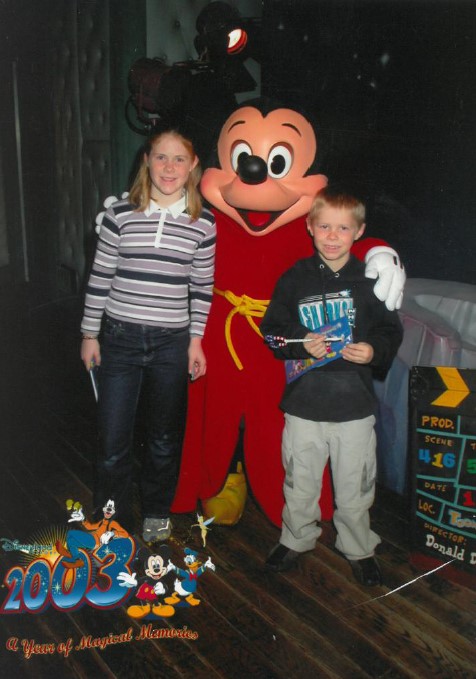 by John Goralka
1 Comments
You are a brave man, traveling with two youngsters!
by Janet Jauregui July 1, 2022 at 01:37 PM
Post a Comment