My Dad – The Funniest Guy I Know 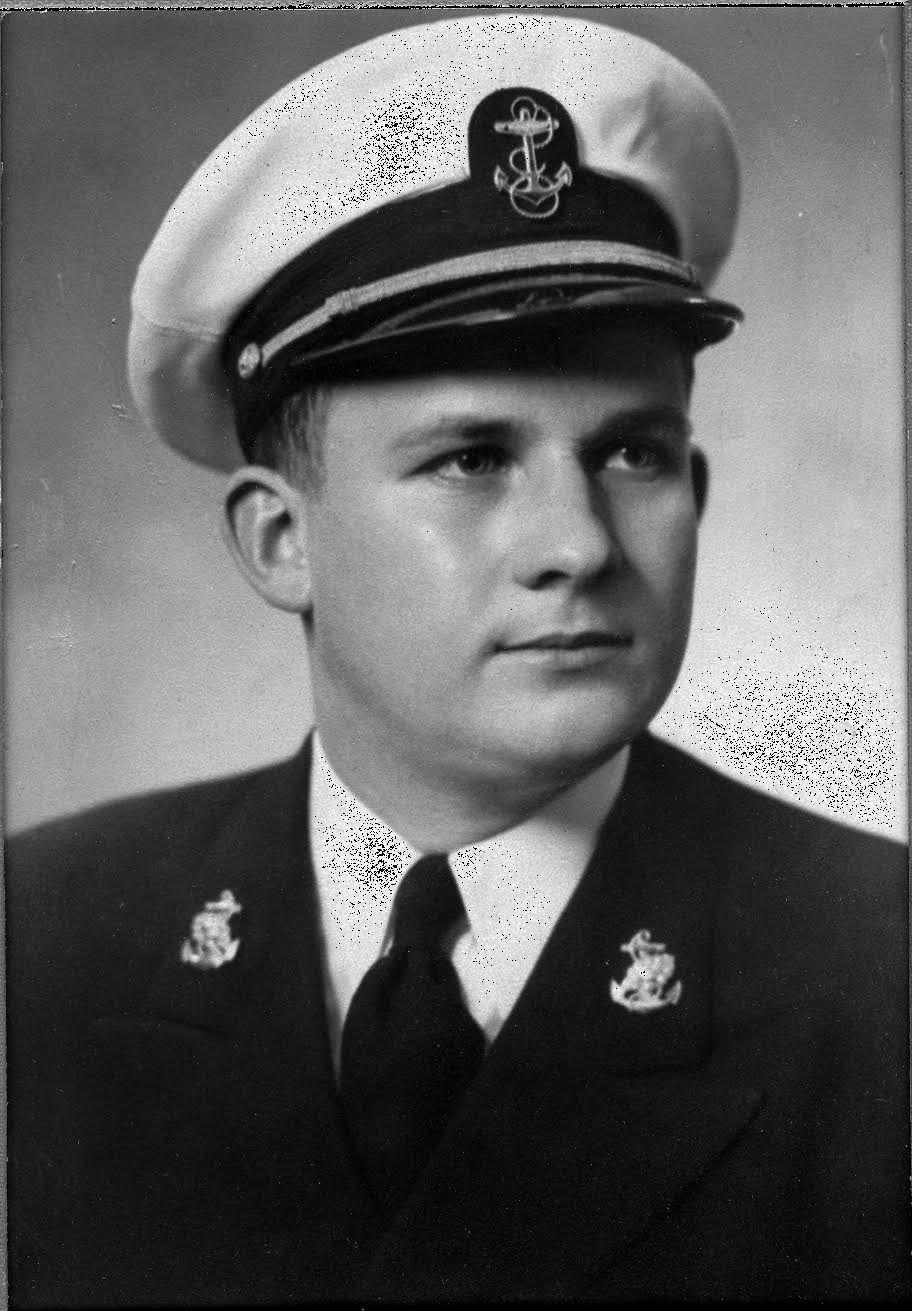 My dad was not the life of the party. His humor was quieter, more subtle with an ever-present twinkle in his eye. My dad’s jokes and clever stories remain my favorite memories. My father was born on March 18, 1924. He died on April 11, 1998.

My father worked at least 5 ½ days a week or more as a radiologist for virtually his entire work life. He worked every Saturday morning for as long as I can remember. My father for many years, while we were growing up, was the only radiologist in the Livermore Valley. As a result, we were not able to travel much, but my dad loved to load all of us in the car for day trips. We went to Hayward for White Castle hamburgers. To Mount Diablo to visit the wild caves. Most anywhere on the road with nine (9) kids in a single car, my parents were very brave. Those trips were a lot of fun. I have 5 brothers and 3 sisters. Our cars were always large enough to hold us all, but we may have been liberal in our interpretation of the seat belt rules. We referred to one GMC Travelall with four (4) rows of seats as the “Yellow Tuna Boat”, I really don’t know where that name came from. I think of my parents often and I remember the past very fondly.

My father was a medical doctor, but also was a working rancher. We lived on a 300-acre ranch. My favorite memories were stringing fence (barb wire for cattle and sheep wire) together in the middle of nowhere on the ranch. The fog may roll so thick you could not see your hand in front of your face. The peacocks (we had a few peacocks on the ranch) might scream. The peacock scream is best described as a woman screaming at the top of her lungs in sheer terror. This scene was right out of The Hound of the Baskervilles.

Working on the ranch meant driving in some challenging and tight areas. I was selected to drive when long periods of driving in reverse were required. It is much easier for a kid to back up than an adult to be in that uncomfortable position for an extended period of time. I was driving on the ranch as soon as my feet could reach the pedals. I (and all my siblings) drove trucks, dump trucks, tractors, bulldozers, and operated a backhoe at a very young age. I taught my kids to drive at an early age as well. Those are wonderful memories for me.

My dad was an excellent woodworker completing many very large projects on his own. He made beds and other furniture for the kids, including a 3-tier bunk bed. The top bunk was very close to the ceiling. Dad built by himself a very large, tall car port that could hold six (6) cars and later a garage when we moved to the ranch.

Dad would drive us all to school in the morning, this trip was often a group of 5 to elementary school (grades 1-8). He would like to stop at the bakery and treat us to donuts or bear claws. Once, after such a stop, we thought we might be late, and needed notes for each of our teachers. His note read as follows for each of the five (5) kids: “We would have been on time, but we took the time to write this note for each of the 5 kids which caused John, Joe, Mary Jean, Terri, and Joanne to be late for school…” 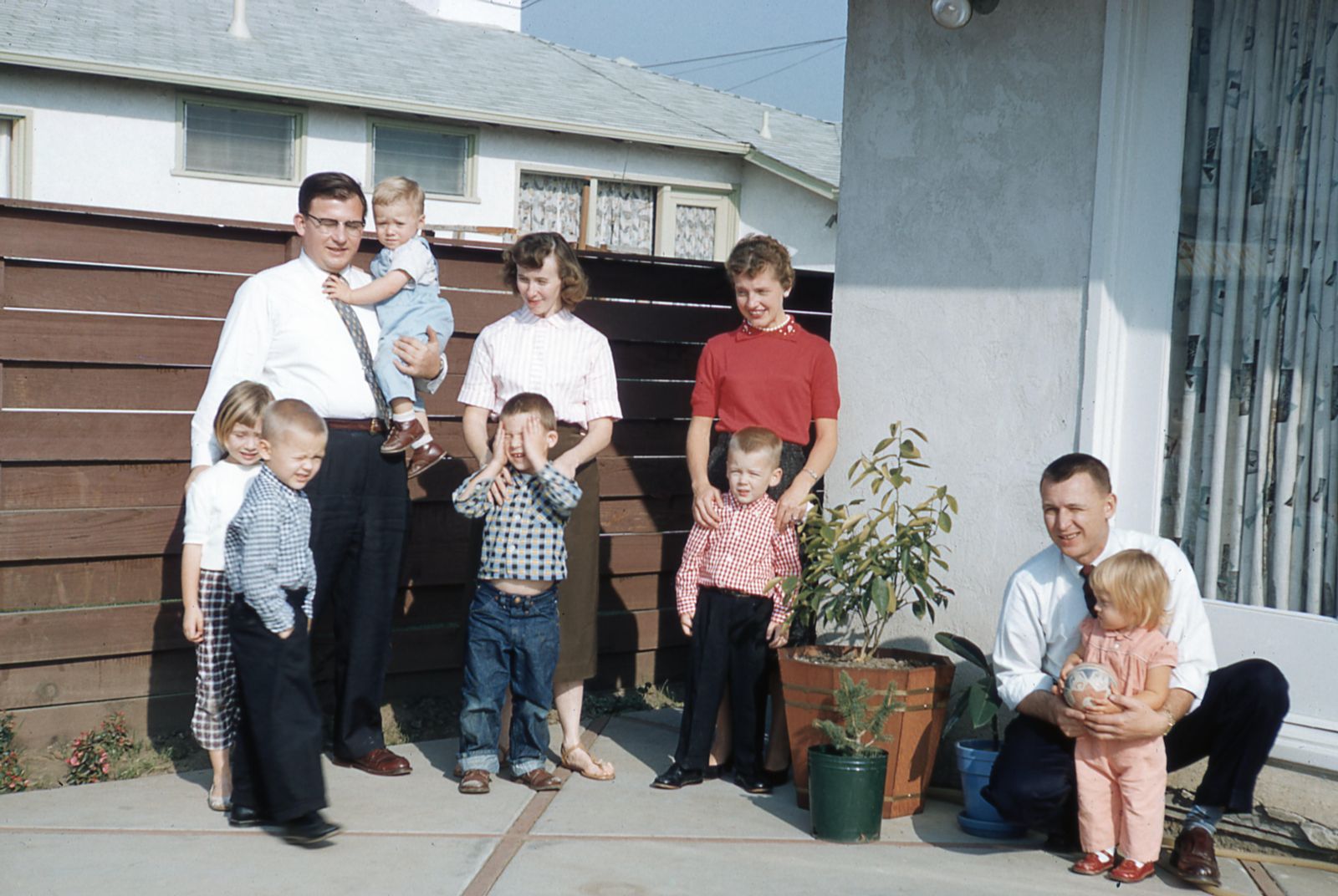 I heard over the years that you do not truly appreciate your parents until you have kids of your own, I know that now to be true. You quickly discover that there are no owner’s manual or instructions to guide you. While I had two (2) children to guide, my father had nine (9). He would have five (5) in college at the same time for many years. I was truly blessed.

Sadly, I don’t have many pictures of Dad. He was always taking the pictures of the family often with two (2), or more, cameras around his neck asking us to pose. Imagine nine kids at Disneyland waiting to get in line for the rides and my dad asking to take multiple pictures of the same pose with different cameras. Yet, he could magically make that happen.

When he passed, there was no formal obituary celebrating his life story. My mom was worried that people would know she was on the ranch alone. No announcement in the paper. Very few attended his funeral. Two very close friends that I had not seen in probably 20 or more years came. I am forever grateful to Randy and Paul for coming to support me on that very difficult day.

But my dad was all about family. He never worried about creating false appearances. He was certainly happy being surrounded by his extended family, which was very large by then. There are too many stories and memories to share, these stories and memories provide the glue to keep the family together including kids and grandkids. Thank You, Dad!

by John Goralka
2 Comments
Hello John, this is a very moving remembrance of your Dad at the Father's Day. Rosemary and i enjoyed reading it. We met your Dad a few a few times (stayed at the ranch once along with our son, Jagjit) and I clearly remember his unique understated sense of humor. Thanks for sharing it.
by Gurbachan & Rosemary Virk June 5, 2022 at 06:04 PM
What a great story about your early childhood. Thanks for sharing with us. It's hard for me to imagine what it might have been like with all those brothers and sisters because I grew up as an only child. My wife Belinda and I, who are now in our 80's, have only two children (ages 58 and 54) and only one of those children had two children (who are now ages 31 and 29.) One of those grandchildren just had a baby girl last year, so we are a blessed family, even if small.
by Scott Warner June 5, 2022 at 04:56 PM
Post a Comment