Lessons to Be Learned From Robin Williams' Estate

Robin Williams was one of our most beloved actors. Williams utilized a trust based estate plan to avoid all of the costs and delays associated with probate court. A properly drafted and funded trust will avoid probate court unless there is a dispute. Robin's surviving spouse, Susan Schneider, is now embroiled in a dispute with Robin's children from a prior marriage. Blended families are at a greater risk for this type of dispute. Blended families are far more common today. However, disputes often occur for any family if the trust or estate plan is not carefully drafted- dotting the "i's" and crossing the "t's." 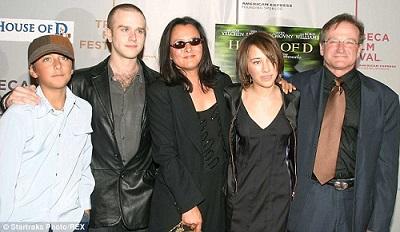 Robin had utilized a trust as part of his foundational estate plan to avoid the delays, costs and publicity of probate court. His overall estate plan was not public information so we do not have a complete copy of the estate plan as we have seen with other celebrities such as John F. Kennedy or Phillip Seymour Hoffman. However, disputes often result in court filings which are public information. The information discussed below is largely for the the court filings in the Williams family dispute.

Robin admitted in interviews over the years that he lost significant assets from his divorces in 1998 and 2008. Robin said in an interview that "Divorce is expensive. It used to be called 'all the money' and is now called 'alimony.' It is ripping your heart out through your wallet." 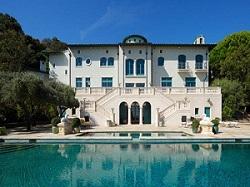 Nevertheless, his three children could stand to inherit millions, including an extensive Napa winery and home listed for sale for $29.9 million. Click HERE to view the property listing. His real estate holdings also include a 6,500 square foot home on the water in Tiburon, with stunning views of the San Francisco Bay. The home in Tiburon was estimated in December, 2008 to be worth more than $4 million.

In 27 years of administering trusts for our clients, we have seen that conflicts can arise even over the lower value personal property if the distribution terms are not carefully detailed in the trust or estate plan. Court documents indicate that Robin William's widow and his three (3) children from a prior marriage are involved in a dispute regarding his personal property. Susan Schneider, Robin's third wife, is fighting Zak, Zelda and Cody Williams, his children from two prior marriages. The dispute focuses on movie memorabilia, clothing, collectibles and personal photographs. Ms. Schneider filed documents complaining that property that had been "ultimately removed" from their home days after Robin's death on August 11th. Schneider indicated that home related services, such as newspaper delivery, were cancelled without her knowledge. Schneider argued that "she was not entitled to grieve" due to the "frenetic efforts to interfere with her domestic tranquility." 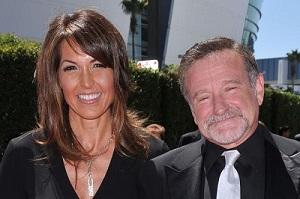 In their response, Zak, Zelda and Cody Williams responded that they were "heartbroken" that Schneider had acted against their father's wishes by "challenging the plans he so carefully made for his estate."

Mr. William's trust generally provided for his estate to go to his children. This trust was later updated with provisions for Schneider including a separate trust for her to provide for their residence and "the contents thereof." The updated trust specified that all of William's clothing, jewelry, personal photos taken prior to the marriage to Schneider, memorabilia and entertainment awards and additional property he kept at his second home were to be given to his children.

Sadly, disputes of this type can be common between a surviving spouse and children from a prior marriage. Great care must be given to insure that all parts of your estate plan work seamlessly together. Careful drafting is the best way to avoid this type of dispute, dotting the "i's" and crossing the "t's." You must be careful to define all terms. Robin Williams' dispute will involve the definition of the term "memorabilia" Does that include awards? 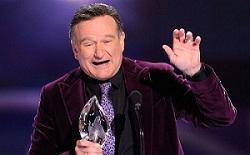 Sadly, Robin died from suicide. Life insurance often will pay out even in the event of suicide if the suicide occurs two years or more after the date it was issued. Case law may provide a basis to recover even if the two year period did not elapse if the decedent was significantly intoxicated or if his capacity was diminished to prevent the suicide from being treated as truly a voluntary act.

A sad final note to a genuinely kind, compassionate and talented man. These disputes can fracture family relationships. Robin certainly would have hoped that the family could work together and continue the family legacy.