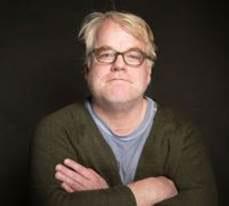 Philip Seymour Hoffman was one of my favorite actors. He starred in Moneyball, Charlie Wilson's War, Hunger Games, Doubt, Ides of March, Pirate Radio and many more major productions. His roles covered a very wide range from the priest in Doubt, to a coach of the Oakland A's in Moneyball which evidence his unique ability as an actor.

Philip was a talented actor, but not a good estate planner. He recently died and was survived by a girlfriend and 3 young children ages 10, 7 and 5. He did not want "trust fund kids" so he used a will prepared by his CPA to leave his 35 million dollar estate to his girlfriend who is the mother of his 3 children. She was to provide for the children.

The use of a will requires probate resulting in delays, additional costs and public proceedings. The probate costs in California are largely statutory, resulting in approximately $375,000 for the first 25 million dollars in estate value and an additional "reasonable amount" to be determined by the court for the remaining 10 million dollars of estate value if that probate is based in California. Those fees are based upon the gross value of the assets without any reduction for loans, costs or mortgages.

Additional costs for a "living probate" or guardianship for each of the 3 children may also be required. In California, this typically would require a court appearance and fees every 2 years until they each attain the age of 18. They would receive any share of assets to be distributed to them at that time. Not a good age to receive significant wealth. Complete access to funds may result in his kids becoming the trust fund kids Philip hoped to avoid.

An average probate in California without litigation or other issues is between 9 months and 1.5 years. Philip's probate will almost certainly take longer due to the size and complexity. After the probate is completed, Philip's estate will be at risk after distribution to Mimi if she is sued, challenged by her creditors or even in a later divorce if she remarries. That legacy may also be reduced by a second estate tax on her death.

Philip could have provided for Mimi with a Beneficiary Controlled Trust which would help protect her from divorce, lawsuits by predators or fortune hunters, creditors and even a second estate tax imposed on Mimi when she dies. 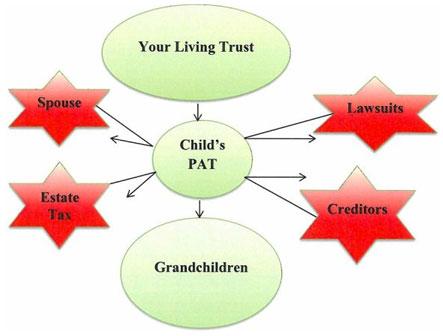 A similar approach could have been used for each of his children to protect them as well from claims against Philip's legacy throughout their entire lives. He also could have incorporated provisions or bonuses to pass on some of his personal values. For example, Philip wanted his kids to live near or at least visit New York, Chicago or San Francisco at least 2 times a year to gain an appreciation for the arts and cultural opportunities in those metropolitan cities. He could also have incorporated financial incentives to help motivate his children as they grew to become adults. He could have established specific ages for distributors (staged distributions) so that funds are received when the children are financially mature and able to make wise decisions. For example, 1/3 at 25, 1/3 at 30 and 1/3 at 35.

We all evolve as to what we "want" as opposed to what we "need" over our lives. When I was younger, there was so much that I needed. Now, I find that there is very little that I truly need. A financially mature person is better able to make those decisions.

Advanced estate tax planning could have been utilized to minimize and even avoid the estate tax liability upon both Philip’s death and in the future when Mimi dies. Many unique opportunities are now available for tremendous tax savings with our historically low interest rates. This would significantly enhance the wealth retained by the family. These low interest rates will not last forever.