With the 2015 tax year right around the corner, there is good news coming from the IRS. According to a recent announcement, the tax agency has increased several tax breaks due to inflation adjustments.

Here is a rundown of some of the changes:

IRAs. The limit on annual contributions to traditional and Roth IRAs remains unchanged at $5,500 for 2015. The extra catch-up contribution for those age 50 and over remains $1,000.

Phase-out amounts for traditional IRAs. The deduction for taxpayers making contributions to a traditional IRA is phased out in 2015 for singles and heads of household who are covered by a workplace retirement plan and have modified adjusted gross incomes (AGI) between $61,000 and $71,000, up from $60,000 and $70,000 in 2014.

For an IRA contributor who is not covered by a workplace retirement plan and is married to someone who is covered, the deduction is phased out if the couple's income is between $183,000 and $193,000, up from $181,000 and $191,000. For a married individual filing a separate return who is covered by a workplace retirement plan, the phase-out range is not subject to an annual cost-of-living adjustment and remains $0 to $10,000. 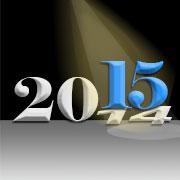 Social Security Checks to Increase Too

The 1.7 percent cost-of-living adjustment will begin with benefits that nearly 58 million Social Security beneficiaries receive in January 2015. Increased payments to more than 8 million SSI beneficiaries will begin on December 31, 2014.

Federal law ties the annual cost-of-living adjustment to the increase in the Consumer Price Index as determined by the Department of Labor's Bureau of Labor Statistics.

Here are some other retirement plan amounts:

If you have questions about these or other tax issues, contact your tax advisor.