Did You Make Your Fortune the "Old-Fashioned Way?" 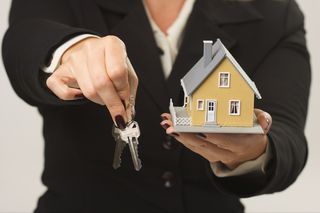 One of the greatest tricks up the proverbial sleeves of rich families wanting to preserve generational wealth is their ability to pass along their assets to their heirs in perpetuity. They’re able to do this free from the grip of creditors, the IRS, state and local tax authorities, litigators, ex-spouses, and, perhaps most importantly, estate and gift taxes.

This may sound like something out of TV movie, but it's 100% legit - the dynasty trust. In the past the railroad and oil barons would create trusts in which the trust’s income was distributed to the children and grandchildren for their care and well-being, but the principal was to be distributed to the grandchild at the child’s death. However, the IRS caught on to this generation skipping, and so Congress passed the generation-skipping transfer tax (GST).

The GST assesses a tax on both outright gifts and transfers in trust to or for the benefit of unrelated persons who are more than one generation younger than the donor (like grandchildren).

A recent article in Forbes, titled "Why Rich Kids Don't Pay Taxes," examines the exemption to the GST. Like the gift and estate tax, the current exemption is $5.34 million for individuals and $10.68 million for couples. The article states that the magic of the dynasty trust resides in this exemption. Wealthy families pass along at least $10.68M to their heirs indefinitely—to exploit the dynasty trust’s advantage. If those assets continue to grow, gains on the original $10.68M gift are also exempt from gift and estate taxes.

Although this type of estate planning is associated with the rich, anyone can structure a trust in the same manner, even with a small initial investment. This small amount can grow significantly in the course of a few decades. Set up your grandchildren as "trust fund babies" and make them wealthy from an early age. Talk with your estate planning attorney to find out more.