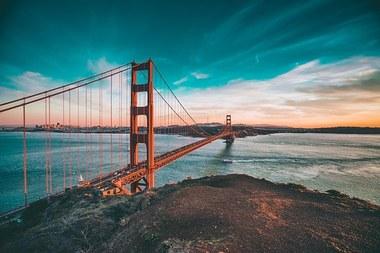 California is showing a much greater willingness now to tax its wealthier state residents. Five years ago, it boosted the top tax rates for its wealthiest residents, and now it has a new state estate tax proposal on the table that could come into play if the federal estate tax bites the dust … which is exactly what President Trump would like to see happen, according to his recently released tax plan.

In addition to repealing the federal estate tax – which would benefit only the wealthiest Americans -- President Trump and congressional Republicans have also proposed eliminating the “stepped-up basis” on capital gains from inherited assets – which could potentially sock the middle class.

Fewer than 0.2% of the U.S. population pays estate taxes, which come into play only on estates valued at $5.49 million and up for individuals, or $10.98 million for couples. On the other hand, we all pay or are subject to income tax and we all may be affected by the loss of the basis step-up at death and pay higher taxes on capital gains triggered by the sale of inherited assets. Currently, when you inherit an asset that has grown in value over the years, its cost basis is “stepped up” to the current market value. So when you go to sell the asset, your capital gains tax is minimized.

SB 726 was announced on Feb. 21, 2017. Sen. Wiener amended the bill on March 23, 2017, to seek a special election of California voters and to specifically amend the California Revenue Taxation Code to implement the provisions of SB 726. Wiener indicates that the new estate tax is to be used to recapture funds for California schools, health care, roads and public transportation. California would presumably continue to permit the basis step-up on inherited assets that exist under current law for federal tax purposes.

The tax outlook for the wealthy has certainly changed since then. This was evidenced in 2012 when California voters approved the increase in the top marginal income tax rate for California residents to 13.3%. This “temporary” tax increase was just extended in 2016 with Proposition 55. And now, California’s recapture of the estate tax, if enacted, would seem to create different tax treatment for capital gains on the sale of inherited assets.

How do we deal with this complexity? First, the magic number is currently $5.49 million per individual. Estates with a value of that or more need specialized planning to avoid the 40% estate tax. There are a variety of techniques which utilize specialized trusts, business entities and charitable structures. The best approach is determined by focusing on the client’s financial and nonfinancial goals and needs.

Since the estate tax, if any is triggered by the laws in effect when death occurs, flexibility is critical to the success of your plan. One alternative to be considered is the use of an Optimized Basis and Tax Efficiency Trust (“OBIT”) which can incorporate formulas to optimize between income tax and estate tax needs.

The potential for estate tax at the individual state level means that the decision to establish residency for state tax purposes should be carefully considered.

Determining where someone resides for income tax purposes is a subjective process is based upon the concept of a person’s “domicile”. The definition of “domicile” is the place where, when absent, the individual would hope to return. Because of this definition, at least one court held that an estate-planning attorney can’t change an individual’s domicile through a durable power of attorney. That court believed such a decision is based on an individual’s intent and is too personal to be addressed in a financial power of attorney. To avoid this limitation, your client can consider changing domicile through a provision in a power of attorney for personal care and an appropriate provision in an advanced health care directive.

Flexibility is also critical because the changes that may be enacted by the Trump administration may themselves be changed in the future as political influence changes from one party to the other. All of this begs the question: Is it a blessing or a curse to be living in interesting times?

We hope this information is helpful for you and your family.

To view this article on Kiplinger.com please click here.